We welcome three excellent speakers to this exciting event in the West Midlands that will complement the automotive industry, CIMA and business looking at the industrial and economic development in the West Midlands. We look forward to hearing from Andrew Miskin, CIMA President, Andy Street, ex CEO of John Lewis and Michael Mychajluk from Jaguar Land Rover. The evening will include drinks and networking and an opportunity to have a look around the British Motoring Museum.


Andrew Miskin will discuss the contribution management accountants can make to economic development and growth in the business world.


Andy Street will look at recent economic changes and development in the West Midlands, using his knowledge from his time as CEO at John Lewis and involvement with the Greater Birmingham and Solihull Local Enterprise Partnership.


Michael Mychajluk will look at the impact of Jaguar Land Rover on the UK economy, supply chain, the future and how finance professionals could learn from this.


Contact Julie Witts at Julie.Witts@aicpa-cima.com to book your free place
Posted by Paul Hooper-Keeley at 01:44 No comments:

Use our Technological, Engineering and Manufacturing capabilities to help our armed forces protect the UK after Brexit. 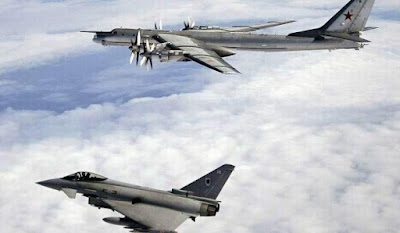 It is of great concern to see the recent suggestions that our armed forces aren’t currently capable of defending the UK in our times of need, and the MOD is wasting billions of pounds on vanity projects that aren’t joined up on kit that doesn’t fully work. Further, with the army down to just 83,000 in number, the RAF at 30,000 and the Royal Navy at 29,000 and just 19 warships and 10 submarines, things seem very perilous in the current global climate where Russia and China appear to be developing ever more technologically advanced weapons and increasing the size and reach of their military capabilities.


Cut-backs may balance the government’s books in times of austerity, but they don’t defend our nation from the threat of aggressors – and we have recently seen the Russian Aircraft Carrier Group sail through the English Channel twice, as well as the numerous incursions into our airspace from Russian Tu-95 Bears.


Our last remaining Aircraft Carrier, along with our Harrier Jump Jets, fell victim to the 2010 cut-backs leaving us without a capability until the new Queen Elizabeth carriers come in to service in the next 2 or 3 years, although the 24 £105m F-35 jump jets that will fly off them won’t be in service until 2023. Why did the government not find the funds to have kept the capability that we had in place until the replacements were ready to be introduced operationally? In addition, it has been commented that these carriers are already irrelevant due to China’s carrier killing DF-21 ballistic missile that has a top speed of Mach 10 and a range of 1,100 miles and due to the fact that there are not enough “destroyers, frigates and submarines to protect the aircraft carriers”.


If the reports are right, our new state-of-the-art Type 45 Destroyers are unable to operate in warm waters without suffering engine problems that have shut them down and left them adrift and stranded. The solution to the engine problem is to spend yet more money cutting holes in them in order to replace the engines with ones that work. Furthermore, it is reported that these Destroyers can be heard 100 miles away by Russian submarines as they sound like “a box of spanners” underwater. And these ships are so expensive that, at £1Bn each, the original order for 12 was subsequently reduced to 6.


The cheaper Type 26 combat ship is believed to have risen well above budget meaning that the order for 13 has already been reduced to 8, and could reduce further if costs continue to spiral.


The army’s 42-ton Ajax tanks are too heavy for the RAF’s new transport plane, the A400M, which can only carry up to 25-tons. This means that the tanks would need partially disassembling to deploy by air – not exactly rapid reaction is it?


The RAF’s new maritime patrol aircraft, the Boeing P-8 Poseidon, which doesn’t start to arrive until 2019, cannot be refuelled in mid-air by our Voyager air-tankers, and could be vulnerable to cyber-attack. And this is all after the scrapping of the new Nimrod project in 2010. Sounds like more tax-payer money wasted unnecessarily by politicians.


The recent $28.8Bn expenditure on aircraft, drones and helicopters from the US Military is also likely to be hit due to the 21% fall in value of the pound since the UK voted to leave the European Union increasing the cost of the equipment. Furthermore, due to the sensitivity of the technology on the US supplied helicopters, software upgrades and some parts can only be supplied by American nationals. You couldn’t make this up!


What happened to the country that developed the Dreadnought warships that revolutionised modern navies, and the invention of the tank that took armed warfare from the trenches and made it more mobile? We also seem to have come a long way from the cutting edge of aircraft design that we held for the first three—quarters of the twentieth century (Sopwith Camel, Supermarine Spitfire, Avro Lancaster, De Havilland Mosquito, Avro Vulcan, English Electric Lightning, Hawker Siddeley Harrier, TSR2 etc.), although much aviation technology still comes from the UK.


It also seems a strange strategy to continually allow UK defence companies to consolidate over the years until there is little or no competition – clearly the outcome of such a near monopoly position is going to be higher costs and reduced bargaining power for the government.


And is the current meagre defence budget being spent in the best possible way to defend our shores? Are the big tickets items such as aircraft carriers at £6.2Bn each, Type 45 Destroyers at £1Bn each, F-35 jump jets at £105m each the best value for money? Or should we have been extending the life of our original carrier, keeping our Harrier Jump Jets, retaining the numbers within the ranks of our armed services, ordering more Typhoon Eurofighters and building a more joined up capability that takes in the modern aspects of cyber-warfare too?


A cross-service approach to look at what we need to defend our island on land, on sea and in the air, together with looking at the capabilities within the technological, engineering and manufacturing sector of the UK’s industrial base is surely the way to go – particularly within a post-BREXIT Britain where we will need to rely upon our own independence even further. Smaller ticket items to match the requirements of a full cross-service capability need identifying and enacting now – we don’t want to be caught out as almost happened in the 1930s in a world that is rapidly changing. And this would be good for UK business too; creating jobs, paying salaries, encouraging consumer spending, generating tax for the government to spend on hospitals, schools, roads etc. as well as keeping and enhancing skill sets and technology that can be sold to other countries.
Posted by Paul Hooper-Keeley at 06:16 No comments: