The UK Economy Returns to Growth

The UK economy emerged from recession in the three months from July to September, helped by the Olympic Games.


The economy grew by 1.0%, according to official gross domestic product figures (GDP), which measure the value of everything produced in the country. 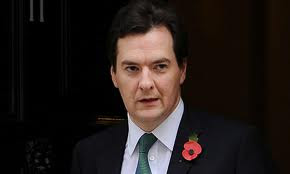 The Office for National Statistics said that Olympic ticket sales had added 0.2 percentage points to the figures.


All Olympic and Paralympic ticket sales counted towards July to September's GDP figure.


The economy had been in recession for the previous nine months and has still not recovered the levels of output seen before the financial crisis in 2008.


The ONS said that beyond the effect of ticket sales it was hard to put an exact figure on the Olympic effect, although it cited increased hotel and restaurant activity in London as well as strength from employment agencies.


The GDP figures were also enhanced by comparison with the previous three months, because the second quarter had an extra public holiday as part of the Diamond Jubilee celebrations in June, as well as unusually bad weather, which reduced growth.


"There is still a long way to go, but these figures show we are on the right track," said Chancellor of the Exchequer George Osborne.


"Yesterday's weak data from the eurozone were a reminder that we still face many economic challenges at home and abroad."
Posted by Paul Hooper-Keeley at 04:35 No comments: